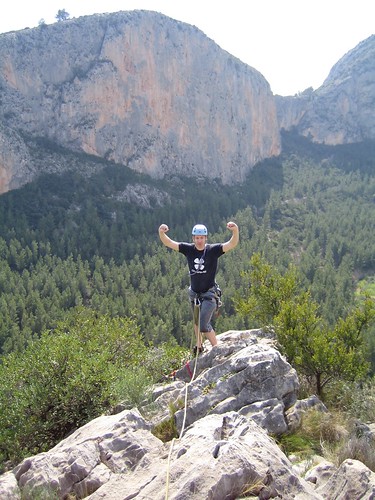 Last spring we spent a week in March in a small village called Sella (Information in Swedish about the Sella village) in the south-eastern part of Spain.

On top of being a perfect place for a nice relaxing holiday in the early spring, Sella is also known for it’s world class limestone crag. That’s the reason we went there last year and it’s the reason we will return there in the beginning of April.

Originally me and Camilla had not planned to travel abroad this year after trips to Spain, Swiss and Greece last year. However, the dark, rainy and gloomy November and December got to us and we started talking about how nice it was in Spain last spring, and how sweet it would be to get away from everything for a week and get some sun and warmth.

After talking with some friends there are six of us going this year. We’ve rented a house and two cars and I think it’s going to be a real blast! 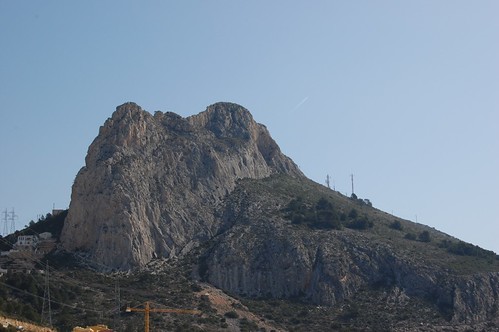 The house is in the small village of Sella, the same village we stayed in last year, so it won’t be far to the climbing in Sella. But we’re planning to re-visit Sierra de Toix and we might go to Gandia as well. The last few days we will spend climbing somewhere south of Alicante, we’re not sure exactly where yet.

I’ve made a short list of routes I want to try, nothing impressive, but I’m sure it will require some effort from me.

First I want to try to onsight El Pixoncet 6b, so far I’ve failed the few times I’ve tried to onsight a 6b, so that’s a bit of a challenge. Then I want to redpoint Aquí tampoco 6c and Acróbata porcino 7a. I haven’t done a 7a yet so that would be a great way to start the climbing season!

Let’s hope we get lucky with the weather.