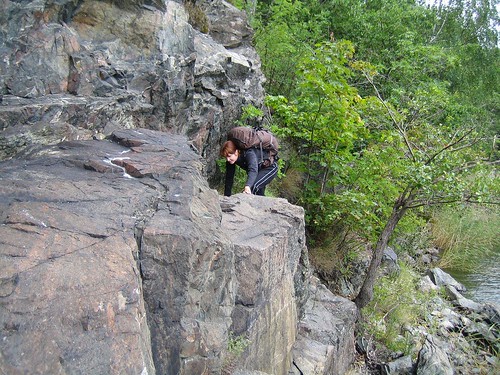 A week ago we took the long drive and walk to Beatelund with the promise of a sunny day. Unfortunately the day started with us getting lost during the final short walk through the forest to the crag. To make things even better a rain shower made everything wet and slippery.

Finally around noon we had figured out the right way but naturally all the easier routes were wet from the rain so we started the day with lunch. 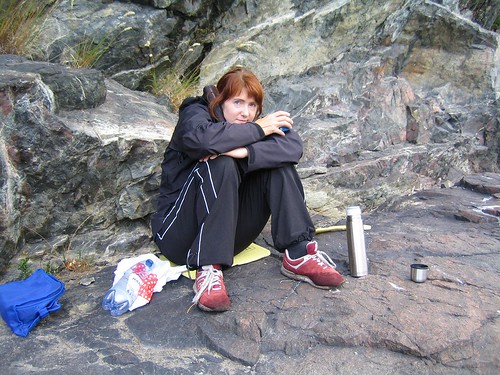 The routes on the overhanging wall down by the water dried fast and after the coffee they were dry enough for us. I chose Mosarmasse 6c as the warm-up route and I almost succeeded with the onsight but I missed a crucial hand hold and fell off on the upper part. The route was quite uninspiring though and then Camilla didn’t feel like climbing it, I cleaned it on toprope as I couldn’t be bothered to lead it again.

Next we got a rope up on Håll i dig 6c+ and Land of broken dreams 7a. I did one run on toprope on Håll i dig to figure out the crux and then led it pretty easily. I guess I should have tried to flash/onsight it as it was quite obvious how to solve the crux move. Next we worked a bit on Land of broken dreams 7a but we seemed to lack either core body strength or technique because even though all the holds were jugs the moves inbetween them felt pretty hard.

The rest of the photos from the day are here.