Last Friday, the last real vacation day, we went to Fjärdhundra. A bit of clouds now and then but mostly it was a brilliant warm day with lots of sun. A perfect way to end the vacation! 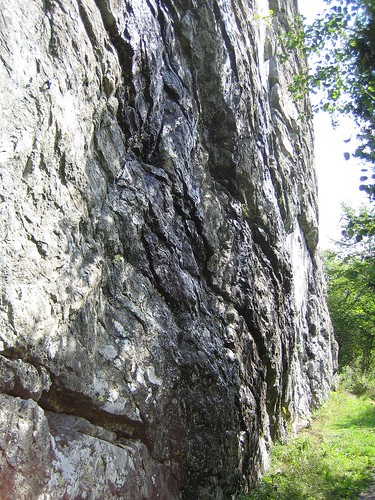 Fjärdhundra is one of driest crags I know. It’s located quite open next to a field and gets sun all through the day, so we were very surprised to find rivers of water flowing down the cliff at multiple places.

After warming up I tried Apor på åkern, a 6c+ route I’ve looked at earlier but never tried. It actually proved to be quite straightforward. I did the two first clips easily, then hanged and rested before doing the next scary clip with ground fall potential unless you have pre-hanged slings as you can’t do the clip from the jug without the sling already in place. After that it took a few tries to figure out the top part, mostly because I was stupid and unnecessarily scared.

On the next try I would have sent if I hadn’t grabbed the third hand hold from the top with the wrong hand and stupidly refused to reverse as I was convinced it was the correct sequence even though it was wrong!

The next try was in vain as the sharp Fjärdhundra granite had ruined the skin on my sensitive finger tips and I wasn’t stubborn enough to ignore it. But I’m happy with almost doing a 6c+ on my first real redpoint attempt after a recon climb. I’m sure I’ll send the route on the next visit.

As we had the rope up, I couldn’t avoid trying the 7b+ start called Studenten. That was quite humiliating. The holds were chalked but didn’t feel much like holds. One in three hand holds was something I could pull on, the rest I couldn’t even hold my weight with. The result was more hanging than climbing but it’s good to try something way too hard every now and then. 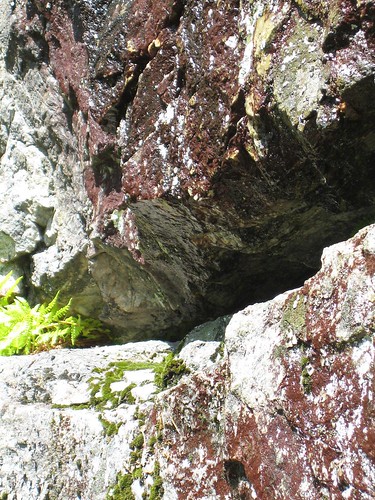 As “cool-down” I figured I would do Besökarna Direkt, 6c. A route we tried a few years back. Then we had no luck with the start and I thought that now I should be better and stronger so “how hard can it be?”.

Well, apparently it can be pretty hard. Now I could hold the crimps but I couldn’t figure out what to do with the feet. I ended up cheating to get up to the second bolt, the rest (the 6b+ part) went smoothly and without any problems. That’s a bit of a relief as I remember having problems with that part the previous time.

To finish off the day I did the 6b+ variant on toprope as the last route of the day.